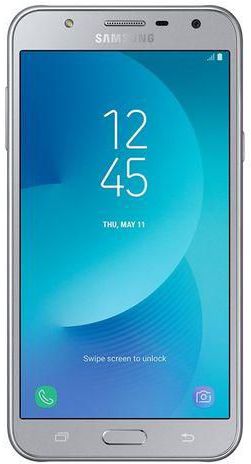 Despite the criticism regarding the Samsung Android operating system and how late it reaches some of its users, Samsung always manage to produce devices that are able to achieve both good performance and reasonable price.

And one of those smartphones is the Samsung Galaxy J7 Core that was recently released. Through this review, you will be able to know more about the features, pros and cons of that mobile device. If you like this model, you can compare its prices and buy it through Yaoota.

*Prices listed in this article are the ones provided at the time of its publication, and are subject to change according to the supply and demand of the market.

You can check the mobile features and specifications in details from Mobihub.

Mobihub is an Egyptian website offering you a wide variety of mobile phones from the largest mobile phone companies in Egypt and the world. Through this website, you can know of different types of mobile phones, their specifications and features, pros, cons and price.

The Mobiles is suitable for all needs. The user may like the 5.5-inch HD screen which is great for watching videos and fits comfortably in your pocket.

The mobile has two SIM card slots. It has a 13 megapixels main camera and a 5 megapixels front camera. The camera might not be excellent but it is suitable for people who like to take photos during outings and big occasions.

The design of the mobile is not very creative so it doesn’t look much different from older models. Even if you notice any change in design, it will be very slight which is one of the main cons of that model.

The special thing about that model is its light weight (almost 170 g) and it has a reasonable size which makes it easy to place in your pocket. The side buttons of the device are placed so that it would be difficult to press them by mistake during any phone call.

The mobile has a 13 megapixel back camera which is suitable for ordinary usage. The camera performance is strong and it is perfect for taking photos in any light conditions which is one of the good features of this smartphone.

When it comes to the 5 megapixel front camera, it is not as good as we thought and it will not be satisfying for people who love taking selfies.

The screen is considered one of the strongest elements of the Samsung Galaxy J7 Core. Although it has a relatively small screen in some people’s point of view (5.5 inches), but its HD. Some users were expecting a full HD screen since we are heading into the 4k HD resolution era, but it comes only in HD. On the other hand, the screen has the super AMOLED feature with a 16 million colors depth without S pen support.

*Some products may be currently out of stock, but they will be available again soon. If you encounter any similar problem, please comment on the article, or contact us through our Facebook page.