Mobile Camera vs. Digital Camera: Who is the Winner? 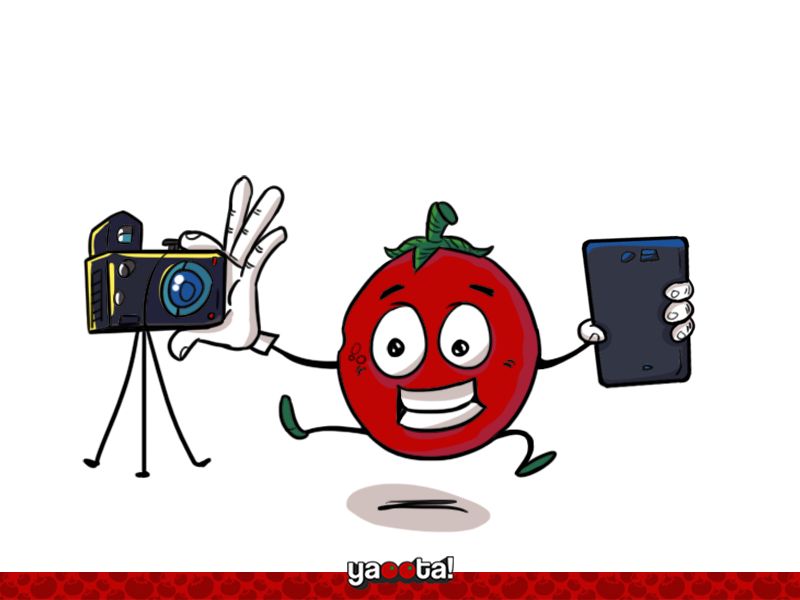 Do you find magic in photography but believe it’s too early to own a DSLR? Have no worries! All professional photographers started small, and if you have the interest and the talent, then this is your lucky day! Yaoota is here to help you pick out the perfect gear for your talent to nurture.

Now, we are not here to discuss DSLRs (digital single-lens reflex cameras); DSLRs are professional cameras equipped with high-tech features and are far too advanced to compete with  mobile cameras — there isn’t even room for comparison! What we can do is compare mobile cameras to compact digital cameras so you can decide whats best for you.

The great progression leaps that smartphones took over the past few years have made it unlikely to find a mobile camera that’s poor in quality. Features such as high resolution and improved lenses and irises in mobile-camera manufacturing have become indispensable.

Now, get ready to evaluate the features and qualities of each competitor and make your decision!

We almost-never go out without our smartphones nowadays. Having a smartphone with a camera has made taking photos and videos accessible at all times. However, the camera’s quality varies according to the phone’s, of course. If the phone isn’t that advanced, it’ll be difficult guarantee the quality of photos taken under specific circumstances — dim lighting, for instance, or pictures of a moving object.

The moment you snap your picture, you can share it friends via Bluetooth or any of the social media platforms. Your beloved ones won’t miss any special moments you capture with your mobile camera even if you are miles away.

With a mobile phone camera, you can’t just take photos, but you can edit them right away as well. No need to upload the photos on your laptop first or use a photo-editing software. And even though there are only limited editing options (such as cropping, increasing/decreasing brightness, and adding photo-filters), these options are adequate at most times.

It’s the era of selfies! Wherever you go, you will most likely find people taking selfies — hundreds of them, sometimes. No doubt you can take a selfie with a compact digital camera, but smartphone cameras make it easier to take a selfie and adjust the photo frame. One more thing is that, through the front camera, you can see yourself before you snap any photo. That way you are sure to take a proper selfie.

If you’re looking to buy a compatible smartphone, you will find a wide collection of phones with advanced camera features from here.

If your main purpose of buying a smartphone is to capture great photos, you might want to reconsider and buy a digital camera equipped with average features instead. In fact, it might even cost you half the price of a smartphone.

The camera lens, iris-opening, and camera sensor are responsible for capturing great-quality photos. Because smartphone cameras are smaller in size than compact digital cameras, it has a smaller camera sensor (camera sensors will be elaborated in details later in the article) and the opening of the iris is also smaller, which hinders the quality of the photos, especially in dim lighting or when capturing moving objects.

Photos with shaky details are the biggest problem that faces mobile camera users. With any minor movement, the photos can come out blurry. Usually this can go unnoticed, as when the blurriness is minimal, it can’t be seen from the phone’s screen. However, when the photos are displayed on a larger screen, the blurriness becomes visible. Of course, this affects the appeal of the captured photo.

*Image stabilization feature was added recently to smartphones. That kind of smartphones’ price exceeds 5000 EGP. Meanwhile, this feature has been in compact digital cameras for a long time.

Most smartphones won’t allow users to modify the camera settings much. Only a selected few allows you to control the ISO (image sensor sensitivity) and adjust the white balance. The rest of the camera settings aren’t available for users to adjust. Some smartphone companies have dedicated some focus on giving users the liberty to adjust more settings, but that sort of smartphones is very expensive.

Average compact digital cameras don’t give users total control of its settings, but, by all means, it still allows them to control/adjust a wider variety of settings than camera phones.

One of the most important differences between smartphone cameras and compact digital cameras is the zoom feature. No matter how advanced the smartphone is, it won’t measure up to the digital camera’s zooming. You might think you are zooming with your smartphone, but the mobile camera is actually widening the part of the image that you highlight when you “zoom-in” on your mobile screen by using a software. This software increases the pixels of this specific part of the image and gives you the effect of zooming. Of course, this affects the quality of the photo greatly. Using your smartphone camera to zoom-in on an image is the same as using Photoshop to zoom-in. They both increase the number of pixels. On the other hand, in digital cameras, the zooming is real. As the depth of the field changes in digital cameras, it allows objects to become closer without affecting the number of pixels.

*This feature will remain the most important one in digital cameras. Smartphone cameras can’t compete with this feature. It’s not about the advancements of the smartphone; it’s more about the ability to build up a group of lenses that get installed in digital cameras till they reaches a specific level of zooming. Meanwhile, smartphone manufacturers are focused on the width of their phones, and they are thriving to make phones as thin and narrow as possible, in which case, they won’t be able to place a lens on the phone’s camera, as it will ruin the phone’s sleekness.

If you’re looking for a camera to take close-up shots, then you shouldn’t depend on your smartphone camera. Compact digital cameras are more suitable for you in that case. But keep in mind that the zoom range varies from one camera to another — in some cameras, the maximum range is 5X, while in other cameras, like the Nikon L340, the zoom range goes up to 28X, and up to 50X in the Canon SX610.

Some of the recent smartphones have built-in sensors with a size close to the one in compact digital cameras (½.6 inch or ⅓ inch), as seen in the new collection by Sony X and the Samsung Galaxy S7 Edge. These devices are pricey, but smartphones with average features have a sensor with half the size.

Please note that the least expensive compact digital camera will still have a larger sensor size than that of the Sony X generation.

Most smartphone cameras can’t go on working for a long period of time. Even if the battery lasts till you’ve taken all the pictures you need, it will probably still be running low, and your phone will lose its main purpose as a means of communication. When you use your phone for taking photos for too long, you might face unpleasant situations in which people try to reach you but can’t because your phone battery died. On the other hand, we find that digital camera batteries are designed specifically to run for long hours.

You can check out a wide selection of digital cameras and its accessories from here.

*Some items may currently be out of stock, but they will be available soon. If you encounter any similar problem, please comment on the article, or contact us through our Facebook page.