Guide: How to Choose the Right Mobile Phone for My Child? 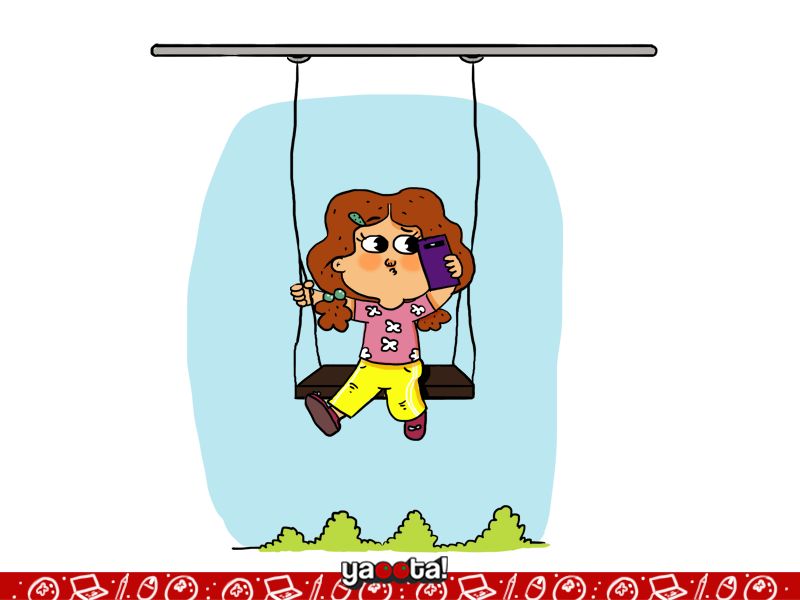 When mobile phones were first introduced, they were specific to businessmen. However, after the technological advances our world has witnessed and the notable change in their pricing, they’ve become a popular device among many people, not just businessmen. Almost everyone has access to it. People started using it as a communication tool, then, over the past few years, smartphones were introduced to the market and became a necessity for many people. Smartphones caught the attention of people of all ages. Nowadays, they aren’t just a means of communication; they are used for gaming, social media, photography, and much more.

Yaoota is here to help parents choose the right phone for their children based on their needs.

*Prices listed in the article are the ones provided when the article has been published, and they are subject to change according to supply and demand of the market.

Before you think about buying a phone for your son or daughter, there are a few questions that you need to answer first.

When can a child understand the responsibility of owning a mobile phone?

Of course, the answer to this question can’t be a conclusive one, as each parent has their own parenting techniques, and we respect all parenting styles.

We at Yaoota are not experts either, so we decided to seek the professional help of Dr. Maha Emad El-Din, Child & Adolescent Psychiatrist. She advises parents not to buy a mobile phone for a child less than 12 years of age. Children at this young age aren’t able to concentrate in school if they are carrying an electronic device on them. Moreover, the less they use electronic devices, the likelier they will be able to develop their communication skills properly without any distractions.

In Europe and the United States, there are products designed specifically for children, such as My Buddy Tag, Amber Alert, GPS, Trax, etc. These are devices that look like watches or key chains that could monitor your child’s location all the time through GPS. It has limited features for receiving and making calls.

Unfortunately, this kind of products is not available in Egypt and the Middle East yet, especially that most of these devices aren’t compatible with Egypt’s phone network companies. Most of these products are manufactured by startup companies that haven’t been operating for many years. They are still making their mark in the market by testing out their new innovative products. However, with the technological advances that our world is currently facing and the broad demand of such products from parents, it is expected that — sooner or later — GPS tracking devices like the ones mentioned above will become available at an immense range in the Middle East. Until we start seeing such products in our market, however, you should weigh a few things before you buy a mobile phone for your son or daughter at a young age. The most important one is whether you want to buy it for the purpose of checking up on your children or for helping them with their studies.

If you are only getting the phone to check up on your children when they are away from you, then it’s best to buy a small and cheap phone. However, if it’s to help them with their studies, then it’s best if you got them a smart tablet that they can use at home without the hassle of carrying a mobile phone outside the house.

Dr. Emad El-Din said that children won’t be able to judge for themselves the safety precautions they should follow if they are using a mobile phone. For instance, they won’t be able to judge if a stranger is harassing them on the phone, and those strangers could persuade the child to reveal his/her information about their location or any other information that could put the child in danger.

Furthermore, Dr. Emad El-Din added that children older than 12 need to understand the disadvantages of technology, the internet, and social media before they start using a mobile phone. “Parents should notify their children that anything they write on social media will stay with them for a lifetime,” she said. Children shouldn’t upload any private picture of themselves on social media. They should think before they upload anything on the internet, because it might catch up to them later — even after many years.

How do I protect the phone from damage?

It’s always advised that young children carry phones with small screens and phones that are less likely to get damaged or scratched. In case of mobile phones with large screens, it’s best to buy a protective cover that could resist any drops or falls — especially if the phone is expensive, like an iPhone. For example, you can protect it with lifeproof NUUD; it’s water-resistant and will protect the phone from any damage. It also protects the screen from scratches or from getting ruined during playing games. You can also get Rugged Armor for protection. It’s available for different mobile phones, such as Samsung, etc.

In all cases, whether you want to buy a phone for your child to check up on them at all times or because they’ve grown up and wish to have a mobile phone of their own, a very important aspect that you need to think about is the price. You need to know your budget and know which phone you can afford, taking in the possibility that you are giving the phone to a child and that it means it’s not going to be in a very safe hands. You have to bear in mind that you might spend a lot of money on a phone then might get lost or damaged in no time and your money will go to waste.

What’s the most child-friendly software: Android, Windows, or IOS?

Each software offers different features, some can suit your child and some can’t.

Windows offers many features that parents can use to monitor their child’s phone activities through Microsoft Family feature. Parents can control which sites their children can and can not visit, and the kind of apps they could download. They can also limit the daily number of hours their children can play games on the phone.

Meanwhile, Android has a feature that enables parents to give their phone to their children without worrying about them snooping around and finding private information. Android doesn’t allow parents to fully monitor their children’s phone activities, however.

And finally, IOS for iPhones is the most advanced software for monitoring the children’s phone activities. There are many features parents can use to limit their children’s use of the phone, and they can block any apps or features they don’t want their child to use — social media sites, for instance. Also, the iPhone allows parents to locate their child at all times.

In this upcoming list, Yaoota will suggest the best phones for your child.

Sometimes, it’s more preferable if the phone has limited features. Alcatel One Touch is a simple phone with minimal features, which makes it perfect for a child’s use. If this phone was lost or damaged, it won’t be a big deal, as the phone is cheap and replaceable. Also, this phone isn’t tempting enough for thieves because of its minimal value.

With this phone you shouldn’t worry much about the things your child can get exposed to. The phone doesn’t have internet, a camera, or Bluetooth, so there isn’t much to risk. The benefit of this phone is that it fits its use of being a tool for communication: the phone can make and receive calls, which is all you need to be able to reach your child and make sure that they are safe. It also enables your child to call you in case of an emergency.

Away from the smartphone competition, with their large memory capacity and strong processor, the old Nokia model phone still holds its special place, especially when it comes to the type of phones suitable for a child.

This model is like most Nokia phones: it has a strong battery capacity, it could last up to 840 hours without needing to be charged, and 12 hours and a half of voice calls. The battery is a strong feature for this phone, as it’s practical if you want to communicate with your child at all times without their phone running out of battery.

You can get this phone for your child if you think he/she is mature enough. It’s perfect for a child’s first smartphone. It’s not too expensive — it starts at 1000 EGP, which is considered a good price for a smartphone. Its features are reasonable compared to its price; it has an 8-mp camera with a built-in flash and it records videos as well. Its memory capacity is 8 GB, and you can add an SD card for extra memory. It has a 5-inch touch screen.

The top quality of this phone is that it runs on Windows Microsoft, so it has all the Microsoft Office programs. They could easily connect to PCs and other devices that run on Windows. This feature is useful if your child needs to use Microsoft Office to carry out their school work. That way, parents can keep up with their child’s work better and faster.

Secondly, the phone is equipped with Microsoft’s voice assistant, Cortana, which could be referred to if you want to remind your children of their study time, dinner time, or the time for brushing their teeth, etc. Also, it can answer any questions that concern your child. Of course, Microsoft made it possible for you to connect Cortana with the Xbox. Through the phone, your child can communicate with his/her Xbox and give it orders.

This smartphone is considered convenient for its relatively inexpensive price. Some of its features are a 1.3 GHz Dual Core Processor, a touch screen, a 5-mp rear camera, and a 2-mp front camera.

The phone’s software is Android, which grants your child access to many different apps and games. Recently, Android started adding new features that allow parents to monitor their children’s activities. It has, in fact, become applicable in some tablets, but unfortunately it isn’t available on smartphones yet.

However, to some extent, Android has developed its features. There are many free apps specialized in the monitoring of children’s phone activities. For instance, exempting children from downloading any new apps without entering a password. To sum up, we have been seeing a lot of developments from Android lately, and it’s easy to use and preferred by many over Windows.

Last but not least is the iPhone. Of course, Apple products are the most expensive, but they’re worth it. They have plenty of good qualities and features. You can save money when buying the iPhone by getting an older model, like the iPhone 5s. In addition to the notable iPhone features, the phone can be easily set up to meet your preferences. It also has a fast processor and its App Store is full of many useful and advanced apps.

More importantly, the iOS is great when it comes to monitoring your child’s phone activity. It allows you to control which apps can and can not be accessible. You can activate a spying feature that won’t allow your children to get exposed to any adult contents, and it won’t allow your child to use many of the phone’s features, like send pictures or share their location, nor will they be able to use social media or activate Siri.

You can also use the iPhone to track your children’s location or to check his/her browsing history. We gave you only a brief on the iPhone, but there are more features on it that can protect your child.

*Some items may currently be out of stock, but they will be available soon. If you encounter any similar problem, please comment on the article, or contact us through our Facebook page.